How can I use Zen Score to save myself hours of painful fundamental analysis?

Why does a stock have a low Zen Score but also show as a Strong Buy?

How do you perform a detailed comparison of multiple stocks at once?

Why are some of the analysts' picks out of date?

Who are the analysts and who becomes a "top" analyst?

How often is your data updated?

What do you get by upgrading from the free (Basic) version to Premium?

How do I cancel my Premium Subscription?

What happens after my trial ends?

How to Follow Your Favorite Wall Street Analysts 👨‍💻 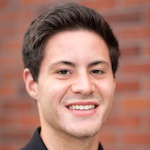 Updated 9 months ago by Lincoln Olson

How can Live Nation Entertainment simultaneously have a Zen Score of 18 and have a Strong Buy consensus?

At first glance, these figures might appear to be contradicting one another.

But, by the end of the article, you'll learn how you can use these two seemingly contradicting data points to uncover valuable insights about the company.

The Zen Score and the analyst rating consensus are two different ways of analyzing a stock, and should be used in conjunction to supplement your entire investment research process.

Think of it like this: You wouldn't want to use the P/E ratio alone to tell you if a stock is undervalued or overvalued, but it may be one of the components you use to determine if a stock is attractive or not.

Unlike the P/E ratio, however, these two checks each give you a lot of valuable insight about the company - especially when used together.

Let's see why it actually makes sense for Live Nation to simultaneously have a weak Zen Score and a Strong Buy rating:

Why does LYV have a weak Zen Score? (How to use the Zen Score)

The Zen Score can help you understand a stock's strengths and weaknesses in minutes.

For more information on our Zen Score, click here.

Live Nation has a Zen Score of 18, passing just 6/33 due diligence checks:

Those 33 checks are run across 5 dimensions: 1) Valuation, 2) Financials, 3) Forecast, 4) Performance, and 5) Dividend. The scores from each dimension are averaged to give the overall Zen Score.

Since Live Nation has not issued any dividends in the last 10 years, that dimension is not used in the stock's Zen Score calculation (33 checks are being run, out of a possible 38).

Live Nation's strongest dimension is Forecast, which makes sense since because that score is based on analyst projections (which show it as a Strong Buy). Beyond that, its Financials look alright, but the rest of the scores paint a mostly bleak, bearish picture.

Let's dig into these scores a bit more.

The company has a 0 Valuation score because it is unprofitable. That, coupled with a negative P/B ratio, results in LYV failing all 7 Valuation checks:

And unlike high growth companies that might also be unprofitable but show a track record of high revenue growth, Live Nation also has a poor Performance score because of below average revenue/earnings growth in the past year. The company's Financials are also below the industry average, primarily because of high debt, but aren't too bad:

However, its profit margin increased nearly 82% YoY. Let's take a closer look at that:

It looks like the profit margin dropped to -92% in 2020 then bounced back in 2021 - this is the most positive thing we've found in the due diligence checks.

Maybe a hint at the bull case for LYV?

Could this be leading to the analysts' Strong Buy consensus?

Let's turn to the analysts section on the Forecast page to see if we can confirm this hypothesis.

Why is LYV a Strong Buy? (How to use the analyst consensus)

The analyst rating consensus combines all of the ratings on each stock from the more than 3,000 analysts we track.

For Live Nation, of the analysts offering ratings, the overall rating consensus is a Strong Buy. You can view the individual ratings that make up this consensus by scrolling down:

Remember the Forecast score of 33 from before? Let's see what the analysts are anticipating for Live Nation's earnings and revenue growth for the next few years:

Sure enough, the analysts are forecasting strong earnings growth and triple digit revenue growth over the next few years.

So, the company has been operating poorly but things should drastically improve in the near future. We can find out what's changed in the narrative by reading David Katz's (an analyst ranked in the Top 11%) commentary by clicking "Find out why" next to his rating:

After releasing its Q3 earnings report, Katz raised his price target by 21.36% to $125. Here are a few key snippets:

Ah, of course! Live Nation is a live entertainment company - was there any industry more impacted by the COVID-19 pandemic?

Suddenly, it makes perfect sense for the Zen Score to be so low while analysts are rating it a Strong Buy. The two measures are using completely different inputs.

Once we were able to dig into the details, the data we get from the Zen Score doesn't contradict the analyst forecasts at all, they complement each other.

From digging into the Zen Score and due diligence checks, we learned that the company is currently unprofitable, has had very poor performance in the past year, and has significant - but not crippling - debt.

But we also gained a valuable insight from the profit margin - that it had a major down year due to COVID, but it's bouncing back nicely and is expected to continue that trend for the next several years.

By digging into the analyst forecasts and the "Find out why" analyst color, we confirmed that hypothesis as analysts see high revenue growth and earnings in the coming years.

Whenever you see a Zen Score and an analyst forecast consensus contradicting each other, try to dig a bit below the surface and understand the reason for that apparent "contradiction" - it may actually lead you to some valuable insights.

How did we do?